John Lehmann (1907–1987) was an influential writer and editor linked to the Bloomsbury Group. He visited Berlin in the early 1930s and immortalised his experience in his sexual memoir In the Purely Pagan Sense (1976).

In his frank sexual memoir, In the Purely Pagan Sense (1976), John Lehmann (1907–1987) described how Christopher Isherwood furthered his education by initiating him to the homosexual bars and clubs of Berlin. Lehmann’s first night in town started in the Cosy Corner, Isherwood’s favourite shabby haunt. Lehmann remembered: ‘This lokal was a sensational experience for me, a kind of emotional earthquake, and I think that William [i.e. Isherwood] was right to throw me in at the deep end. Things unimagined by me in all my previous fantasies went on there.’ He went on to describe these goings-on in detail, and to provide interesting personal reflections on the link between homosexual and Nazi milieus. Like Isherwood’s Christopher and His Kind, which came out the same year, In the Purely Pagan Sense is part of a wave of homosexual autobiographical writing that followed the decriminalisation of homosexuality in Britain. Such works provide frank but not always fully reliable accounts of the open gay scene of interwar Berlin.

Lehmann was close to Leonard and Virginia Woolf, and became managing editor of the Hogarth Press in 1938. He was an extremely influential figure in the English publishing world. His most notable venture was the literary magazine New Writing, which he launched in 1936. The editorial politics of New Writing were internationalist and openly anti-fascist. The first number brimmed with Berlin connections: it contained poems by Stephen Spender, a story by Isherwood – ‘The Nowaks’, which would eventually form part of Goodbye to Berlin (1939) – and a piece by the German Jewish writer Anna Seghers, who had by then already left Germany under the threat of the Nazi regime. Later in life, Lehmann wrote several volumes of memoirs. Among these, The Whispering Gallery (1955) contains interesting reflections about his hostility to fascism. Stefano Evangelista 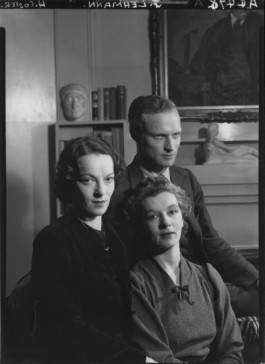 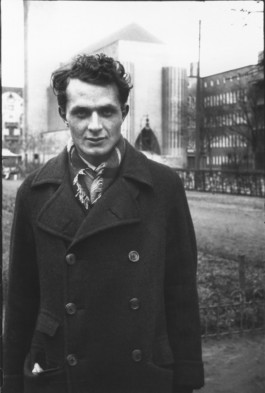