Wyndham Lewis (1882–1957), avantgarde artist and writer, travelled to Berlin in 1930, fell for Hitler and National Socialism, and was repelled by Berlin’s sexual liberalism, as documented in his controversial book Hitler (1931). He later retracted his advocacy of fascism.

Wyndham Lewis (1882–1957) was the son of a rich American father and an English mother. After the separation of his parents, he grew up with his mother, and attended school at Rugby, early on showing a talent for drawing. Lewis was undecided whether to pursue his interests in art or in literature, and followed both paths with different emphasis. He was friends with the artist Augustus John, and studied in Paris. Early writings were successfully published in the English Review. Lewis turned to cubist and experimental art with more force in the context of Madame Strindberg’s cabaret club, for which he provided paintings, and was included in Roger Fry’s second post-impressionist exhibition. He was associated with the Camden Town Group and the Omega workshops, but came into his own with the futurist-oriented avantgarde movement Vorticism, for which he is perhaps best-known today. After the First World War, Lewis wrote more than he painted, and became an individualist painter and writer more than a member or instigator of a movement, celebrating his outsider stance.

Lewis married the Anglo-German art student Gladys Anne Hoskins with whom he visited Germany, and Berlin in particular. His book Hitler (1931) in which he admires National Socialism, styles Hitler as a man of peace who will help quash Bolshevism. Lewis fulminates against Berlin’s sexual liberalism, famously describing it as the ‘Mecca of both Lesb and So’ and claiming that Communists were protected by the police whereas National Socialists were unarmed and at a disadvantage. He retracted his advocacy of fascism in 1939 in his publication The Hitler Cult but by then it was too late – his reputation as an outsider and supporter of fascism was entrenched, although his political views fluctuated and are complex. He was certainly decidedly anti-communist and leaning to the right after the 1930s, but his variable opinions are not easily classified outright as ‘fascist’. Lewis and his wife left England and lived in the US and in Canada. He returned to England in 1945 and was appointed art critic to the journal The Listener till blindness made this impossible. He had continued to write throughout this period and died in London on 7 March 1957. Only a year before his death, a retrospective at the Tate Gallery celebrated him as the founder of Vorticism. Gesa Stedman 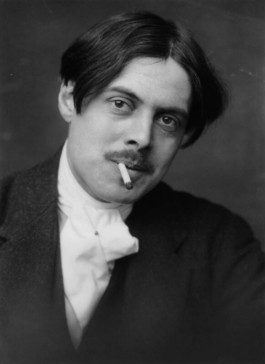