Virginia Woolf (1882–1941), essayist, novelist, critic, and publisher, was a leading member of the modernist writers’ and artists’ group named after the London district in which many of them lived: the Bloomsbury Group. A multi-perspective account of an ill-fated winter visit to Berlin can be found in Woolf’s correspondence with her lover, Vita Sackville-West

Virginia Woolf (1882–1941) only visited Berlin once, in January 1929. She travelled in the company of her husband, the writer and publisher Leonard Woolf, her sister, the painter Vanessa Bell, the latter’s husband, Clive Bell, and lover, the artist Duncan Grant. A strong motivation to undertake the arduous and lengthy journey by train and boat was the presence in Berlin of Woolf’s lover, the aristocratic writer Vita Sackville-West. Sackville-West spent several months in Berlin while her husband Harold Nicolson was the chargé d’affaires at the British Embassy.

Woolf and Sackville-West had first met in 1923. Their complex affair and subsequent friendship is well documented in their correspondence, which covers both their distaste for Berlin and their complicated passion for one another. After a hectic round of tourist trips to Potsdam, the radio tower, the opera, museums, and a legendary film night spent watching Vsevolod Pudovkin’s Storm over Asia (1929), the Woolfs and their party returned to England. A sea-sickness potion and possibly a bout of flu left Virginia Woolf totally debilitated and in bed for several weeks. Woolf and Sackville-West exchanged letters in which they give an account of the Berlin visit, the icy cold weather, the widespread flu, the frantic social and cultural programme as well their dislike of diplomatic dinners and settings, thus capturing well the many contradictions which Berlin held in store for English visitors.

The male members of the Bloomsbury Group, supported by Vita’s cousin Eddy Sackville-West, also resident in Berlin at the time, had a chance to sample gay clubs and bars. However, Berlin’s famous lesbian club scene, or visits to lesbian photographers, were not part of Virginia Woolf’s programme. Sackville-West wrote to Woolf about numerous other women with whom she had affairs, not least the American-German writer Margaret Goldsmith-Voigt, who was married to the Berlin correspondent of the Manchester Guardian for a time. Woolf only briefly returned to Germany in 1935, on a voyage to Italy, but not to Berlin. However, she became an outspoken critic of Nazism and right-wing totalitarianism, observing the developments from afar. Gesa Stedman 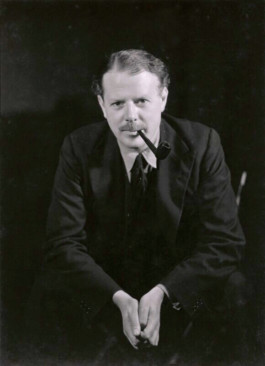 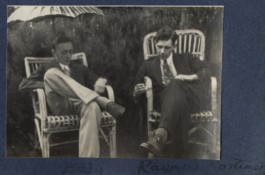 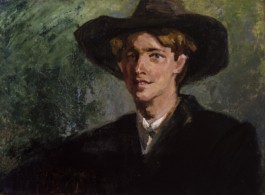